60 Second Int’l Film Festival – 2015 was a wonderful journey as many filmmakers around the world embraced the challenge of creating something powerful in just 60 seconds and participated in the festival.  The festival itself is the celebration of the art of filmmaking and aims to inspire, lead and educate people about highlighting social issues with the help of cinematographic art. We received a tremendous response this year, both from the filmmakers and audience of the festival. Below are the messages from some of our winners & category toppers:-
Zahid Gill & Kumail Ali(Festival Winners): “It is both a heartwarming and humbling experience winning the 60SIFF. We are honored to be recognized by the judges for our film and thrilled to be in the company of such a respected group of honorees. Seeing our ideas come to fruition and receiving the prestegious award recognition for our film is certianly an achievement. Winning the award raises the bar and challenges us to better our work. Also this gives us the motiovation to move forward and achieve more. We wish that the festival continues to grow and bring forward new talent and ideas and promote the message of change with the medium of film.”
Watch their film here:-
http://on.fb.me/1J9qvZQ

Asia Khmeleva(Second runner up):- Thank you for watching my film. I really appreciate 60 Second Int’l Film Festival’s work. Thank you very much. I wish you all freedom, peace and love. All the best. 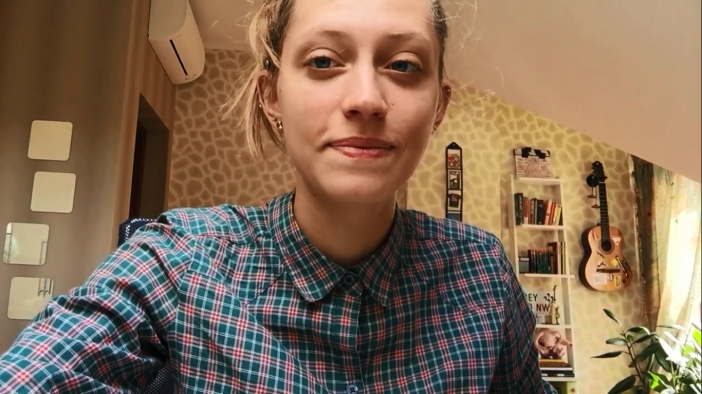 Amar Ahsan Khan(Peace Category Topper):
“60siff is an enriching opportunity for all the young filmmakers to tell their stories more organically and fearlessly to the world. It not only brings the celluloid story tellers of the future but also provides them with an audience which introduces them to different avenues.”
Watch the film here:-
http://on.fb.me/1FNdCA0

Kuesti Fraun(Tolerance Category Topper):
“Hello 60SIFF! From the countless prizes I have won in my film career the award for best film in the category “tolerance” is the most special one for me. Why? Because it proved, in a perfect way that the message I tried to spread, while literally travelling from Germany to Pakistan, obviously has been understood, and also proved the great aspect of 60SIFF, bringing people together with different cultural backgrounds but same visions in mind – thank you for that!”

Manoj Kumar(Water Category Topper):-
“60SIFF has provided a space to young filmmakers from all over the world to present creative stories and thoughts for social change. It is playing a huge role in communicating social issues from local to global level. Definitely my short film is not portraying all the sufferings of Thari people regarding water, but at least people will now know that we are still facing many difficulties. Solar water pumps are installed in some villages by Association for Water, Applied Education & Renewable Energy(AWARE), which is working on water issues and finding solutions for them in villages. We hope one day we shall be getting rid of this difficulty.”

Uzma Firdaus(Creative Category Winner):-
“Coming from a small town of Abbottabad I had always thought that my work lacks something and that it needs a bit of “big city” touch. I first heard of 60SIFF when I was still doing my Bachelors. My roommate, Aqsa sent my short animated film on biodiversity as an entry to the festival without telling me. Later, I received an email that my film had been shortlisted for the festival, that was when I realized what I have gotten myself into. There was no stopping after that. I have been participating in the festival since 2011 and not only have I gained confidence but I have matured as an artist and a storyteller. I have realized the importance of this medium and how it can slowly but surely bring a positive change. Hats off to the team behind 60SIFF for creating a marvelous platform and to Aqsa for getting me on it!”

Sarmad Cheema(Comedy Category Topper):-
“My film, ‘The Power of Cinema’ is a tribute to film lovers, music and Dilip Kumar. I thank 60 Second Int’l Film Festival for understanding the subtext and making us believe that every visual second matters. And yes, next time when you go with your girl to a cinema, never leave your seat. Film is a very powerful medium; it can do things to surprise you. Cheers.”

Sean Luke Van Wert(Fiction Category Topper):- Hello, Islamabad. I would like to thank the organization committee for including me in the festival. It is such a great honour. It is my very first international film festival so, thank you. And to my fellow filmmakers; Congratulations! I know how much work goes into a 60 second film and I am so glad that your efforts have not gone unnoticed.
Watch his film here:-